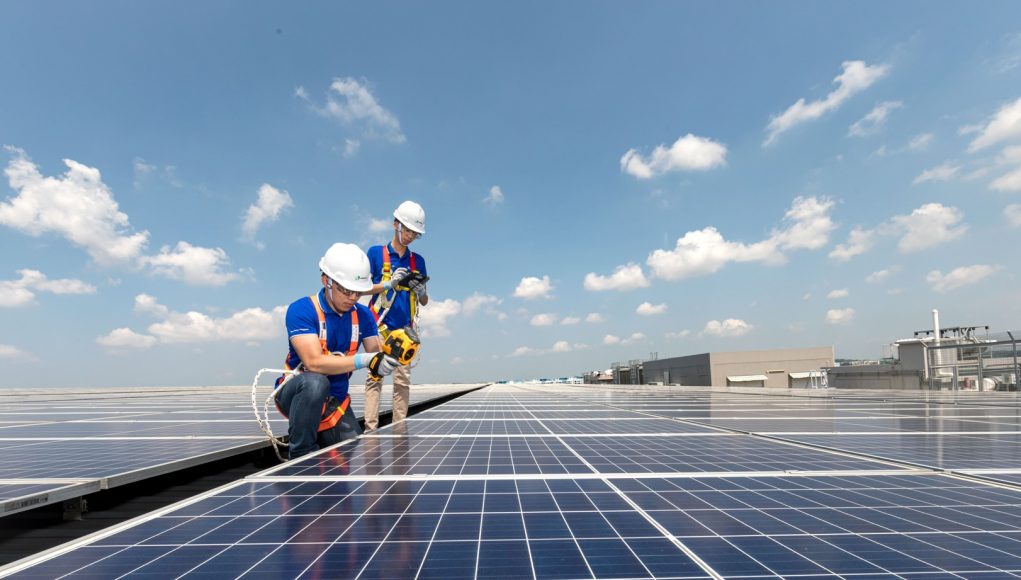 National water agency PUB has appointed Sembcorp Solar Singapore Pte Ltd to construct Singapore’s largest floating solar photovoltaic (PV) system on Tengeh Reservoir. With a solar capacity of 60 megawatt-peak (MWp), it will be one of the world’s largest single floating solar PV systems, when completed in 2021.

PUB called for a Request for Proposal (RFP) on 6 Jun 2019, for private sector companies to design, build, own and operate (DBOO) a large-scale floating PV system (at least 50MWp in capacity) for 25 years on Tengeh Reservoir. The RFP attracted bids from four local and overseas companies.

Sembcorp Solar Singapore has proposed the use of highly efficient PV modules and optimised layout to maximise energy generation within the specified area. At 60MWp, the floating solar farm on Tengeh reservoir is expected to generate enough energy to power about 16,000 four-room HDB flats, and reduce around 32 kilotonnes carbon emissions annually – or the same as taking 7,000 cars off our roads.

PUB will use the green energy produced to power its water treatment processes, thus reducing its carbon footprint. Occupying an area the equivalent of about 45 football fields, the system can produce enough electricity to meet 7% of PUB’s total energy needs. ​​

A wholly-owned subsidiary of Sembcorp Utilities Pte Ltd, Sembcorp Solar Singapore is an experienced solar player with 240MWp of contracted solar projects across more than 1,500 sites. This is the second DBOO project that PUB has collaborated with Sembcorp. Sembcorp also runs and operates the Sembcorp Changi NEWater Plant which opened in 2010.

With this project, Sembcorp will be one of the largest renewable energy players in Singapore with approximately 240MWp of solar capacity in the country. Moving ahead with the development of a floating solar farm underscores Sembcorp’s commitment to support Singapore’s move towards achieving its new solar target of at least 2 gigawatt-peak (GWp) by 2030.

Sembcorp Solar Singapore will proceed to execute the requisite project agreements, and work towards satisfaction of the conditions precedents set out in PUB’s request for proposal.