Home Energy The Reign Of Fossil Fuels Must End ⁠— This Energy Source Can... 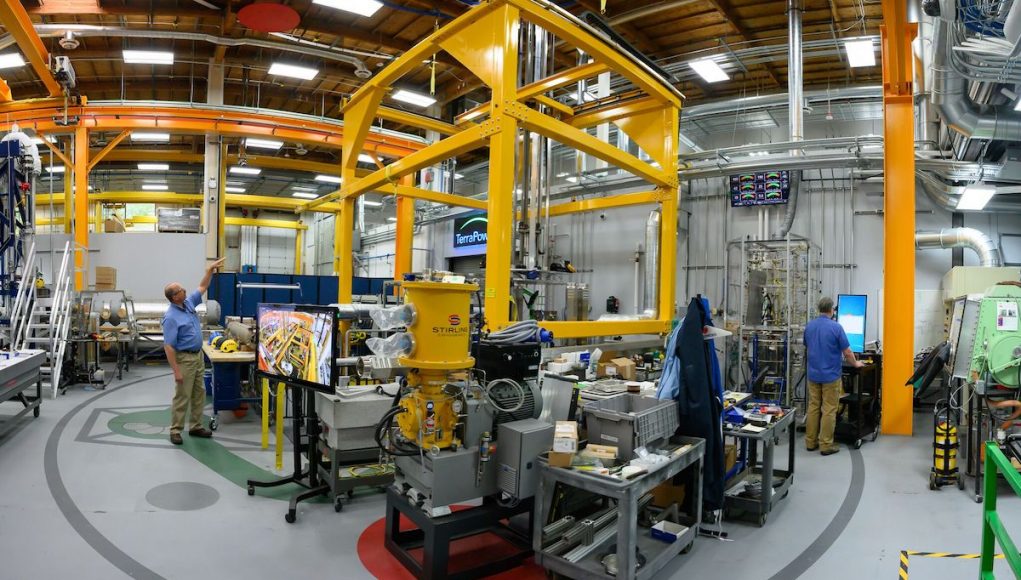 Fossil fuels had driven the growth that was observed in the Industrial Revolution. Even today fossil fuels like coal, oil, and gas remain as the most utilized type of energy source in our world.

The case for fossil fuels

Why fossil fuels? The short answer is because it is cheap and readily available. Especially for developing countries, it is harder to develop infrastructure for renewable energy sources.

Given all these in mind, it is somewhat understandable that the use of fossil fuels has become the status quo for most countries. Even for countries, like the United States, that have started taking steps to catalyse the renewable transition, the contribution of fossils fuels remain significant.

As much as cost considerations are important in the operations within the energy sector, solely using this as a basis for our energy choices will turn out ugly for us in the future.

Fossil fuels also contribute to the greenhouse gas emissions which as early as now are causing aberrant climate conditions. A few years from now, if these emissions are left unchecked and we continue to focus solely on human development, we are potentially leading our world towards destruction.

A less obvious downside of fossil fuels would be accidents in the process of energy production. Before electricity arrives in our homes, those working in coal and oil mines have to be subjected to conditions which endanger their lives.

Given this, it is imperative for us to begin looking at other criteria in our energy sector-related decisions. We have overlooked the consideration of sustainability. We have mostly ignored the issue of safety, on top of that. 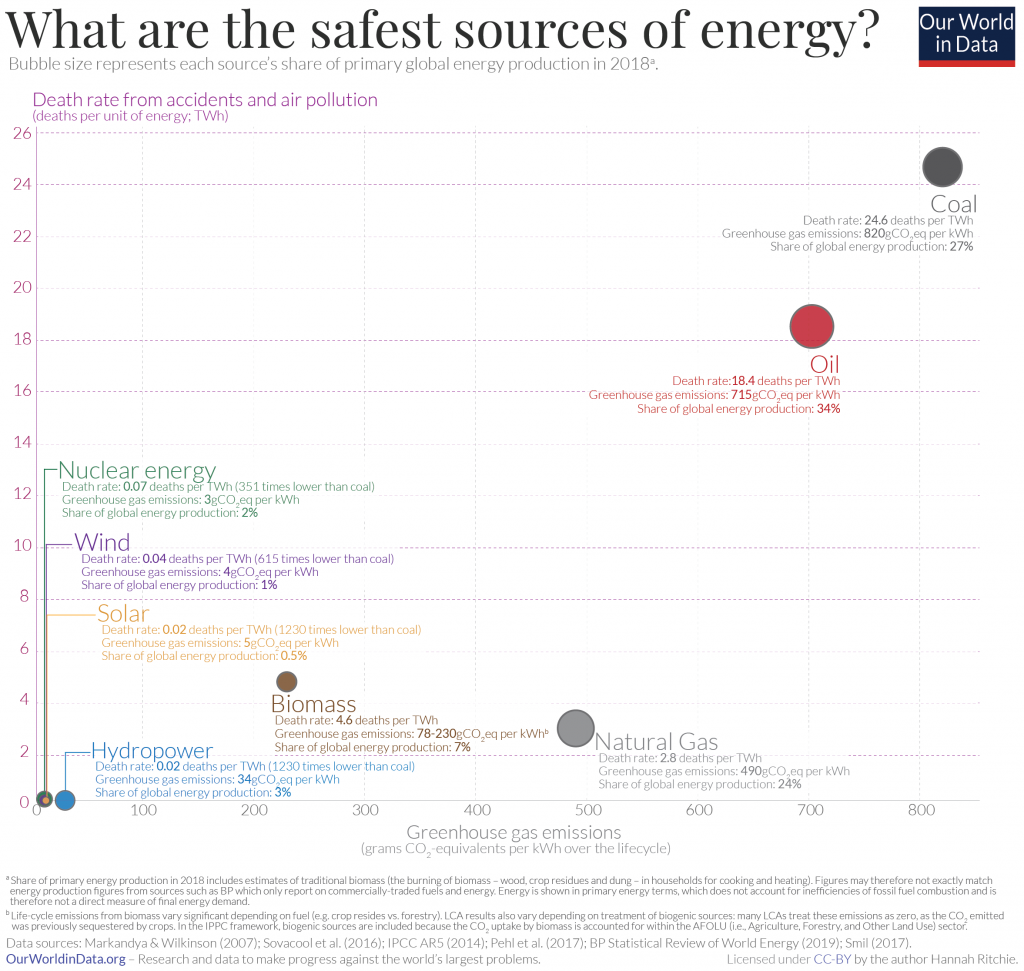 Hannah Ritchie in Our World In Data visualised these three factors in the graph above:

We can see that coal and oil have contributed the most emissions and death rates among the energy sources considered. Natural gas, while not contributing so much in terms of deaths, is among the top contributors of emission.

In the lower end, we have renewables like solar, wind, and hydropower, all of which contribute marginally both in emissions and in deaths.

This visualisation emphasizes our overreliance on energy sources which are neither safe nor sustainable for us. It also shows how underrepresented renewables are in the global energy landscape.

It is also worth noticing that the energy source which is the safest and at the same time has minimal contributions in emissions is nuclear energy.

Some have already begun to notice this potential in nuclear energy. Among these people would be Microsoft founder and philanthropist, Bill Gates.

Bill Gates is placing his bets in a new venture, TerraPower, which he has been investing on since 2011. TerraPower revolves around the concept of travelling-wave reactors (TWR).

Before we dig into the concept of TWRs, we must know that there are two forms — or isotopes — of uranium that are dominantly occurring in nature. First would be uranium-235, which is what is used in traditional nuclear energy production.

Naturally occurring uranium undergoes the process of enrichment, which increases the amount of uranium-235.

The by-product of enrichment is uranium-238, which is currently used for military purposes as materials for warheads.

TWR, instead of uranium-235, uses the by-product, uranium-238. With this being the case, TerraPower will be taking advantage of the toxic nuclear waste that a lot are concerned about.

While nuclear power is already an attractive energy source, this further amplifies the case in favour of it.  While nuclear energy is stained by a tragic past, technology has developed to the point that it is completely safe to use as an energy source.

With this, it is about time for us to revisit our evaluations of nuclear power, and seriously reconsider investing in it as the new primary source of energy in the world.

If Energy Becomes Free In The Future, How Will That Affect Our Lives?

The Economic Burden Of Air Pollution