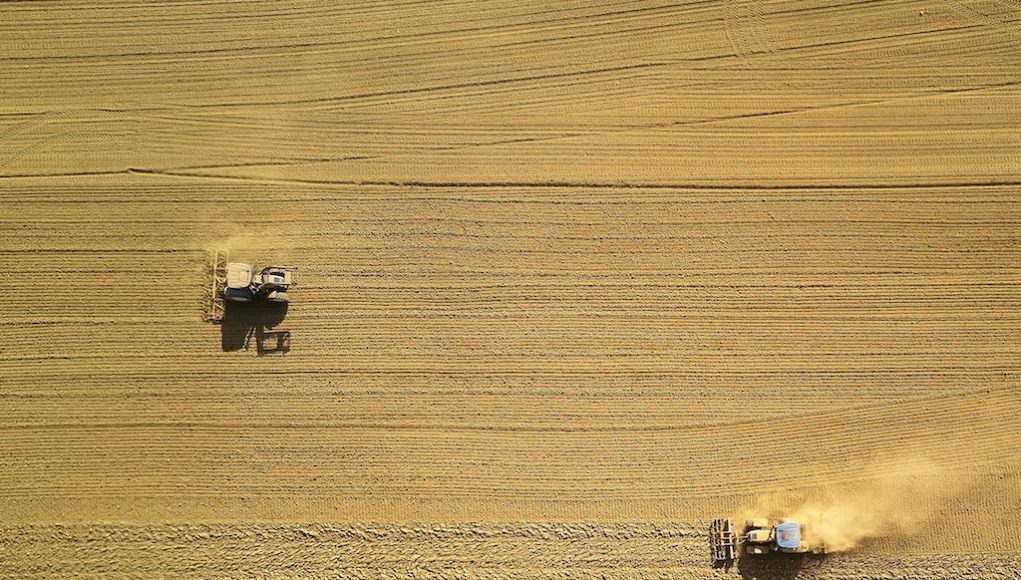 There are serious challenges to global food supply everywhere we look. Intensive use of fertilisers in the US Midwest is causing nutrients to run off into rivers and streams, degrading the water quality and causing a Connecticut-size dead zone in the Gulf of Mexico. Chocolate production will soon be challenged in West Africa – home to over half of global production. A variety of nutritional impacts are predicted due to increased atmospheric carbon dioxide – including decreased protein content in food, which has a potential to exacerbate malnutrition. And this is just a very small sample of the risks to the food supply chain that are foreseen.

The future of food then, may sound rather bleak. But this does not have to be the case. The food system could become part of the solution for environmental challenges, if we make some changes to it. It could also be an instrument of human health, well-being, dignity, and livelihood – rather than the opposite.

But this won’t happen without a radical rethink of our food systems and consumption patterns across the globe – particularly within the context of our cities. Upwards of 75% of the global north’s population is urbanised and the global south is rapidly moving in this direction. Strategies for how these city regions can be fed using more local resources are crucial.

Those living in the urban global north are very comfortable with having any foods desired available at any point across the calendar year. This comes at a high cost. Foods transported by air cause nearly four times the CO₂ released compared to truck and 38 times that of a comparable amount transported by rail. Biodiversity and ecosystem loss threatens food production – and meanwhile, agriculture is a key driver of this loss. Furthermore, excessive water use for export agriculture in water-stressed areas can negatively impact local food and livelihoods – for example to secure large quantities of avocados for global north markets.

If we are to avoid some of these crises, we need to re-imagine where our food comes from and move, at least in part, towards more seasonal diets with a lower use of land and a serious reduction in global trade – especially for fruits, vegetables, and protein.

We can do all of this by addressing eight factors that have exacerbated and reinforced environmental disasters in our food systems.

Greater organic and agroecological strategies should be prioritised over highly industrialised farming practices. These forms of farming use much less fertiliser – which is not only bad for biodiversity but also produces high emissions. In 2011, agriculture in my home state of Michigan collectively purchased about 200,000 metric tons of nitrogen fertiliser at a CO₂ cost of 1.34 million metric tons (the equivalent of that produced by 291,000 US cars in a year). Meanwhile, organic bread wheat production in the UK appears to use less energy per ton than conventional production, with very little of it accrued from nitrogen fertiliser production and use.

Large quantities of food are needed for any city region – an American city region of a million people will require about 900m kg of food annually. Although “food miles” are problematic as a discriminator for greenhouse gas release, shorter supply chains are probably more amenable to electric vehicle transportation than long-distance transport – and hence ultimately to renewable energy use. As such, cities should aim to source their food from the surrounding region rather than globally. Within city regions it should also be possible to use waste recycling more robustly, creating carbon cycles as well as biogeochemical cycles for plant nutrients such as phosphorus and nitrogen. Since phosphorus is essential and non-renewable while production of nitrogen fertilisers requires a great input of energy this is very useful.

Although food is lost throughout the supply chain, it’s estimated the greatest losses occur at the consumer level in the global north. In addition, a large amount of produce is wasted for not meeting retail cosmetic standards. All of the energy towards production, transportation, and processing of this food is also wasted. This modern culture of waste must be addressed.

Some crops are grown in an intensely concentrated manner, which leaves them vulnerable to climate changes and pests. For example, over half of US fresh produce and nuts are grown in California, and a number of these crops will be negatively impacted this century. While there is research to develop more draught and heat tolerant varieties across a range of crops it also seems prescient to distribute production more broadly. Variations in weather patterns can make this a challenge. But structures such as poly tunnels can markedly expand the season – to 12 months for lettuce and an additional two-to-three months for tomatoes. And a number of crops, for example apples, can be stored fresh for several months with controlled atmosphere storage.

Making negative effects (or costs) of production (such as soil loss) transparent so that all costs are accounted for and then rewarding farmers for things such as soil carbon sequestration, minimised external inputs, and low energy use instead of just total production would greatly help reduce these impacts.

The idea of farming insects and jellyfish are just some examples of the innovative suggestions that have been made for diversifying protein sources beyond meat and, say, soya. This would allow for reduced levels of animal protein in the global north and increased levels in much of the global south.

All in all, much more attention needs to be paid on the sustainability of the planet’s urban food systems. If the situation continues unchanged, our food supply chains will soon be in deep trouble.

How Can Urban Farming Feed The World?

Amid the COVID-19 crisis and the looming economic recession, the Electrical...

Why SpaceX Is A Game Changer For NASA

In Space, This Is The Age Of Reusability

Amid the COVID-19 crisis and the looming economic recession, the Electrical...