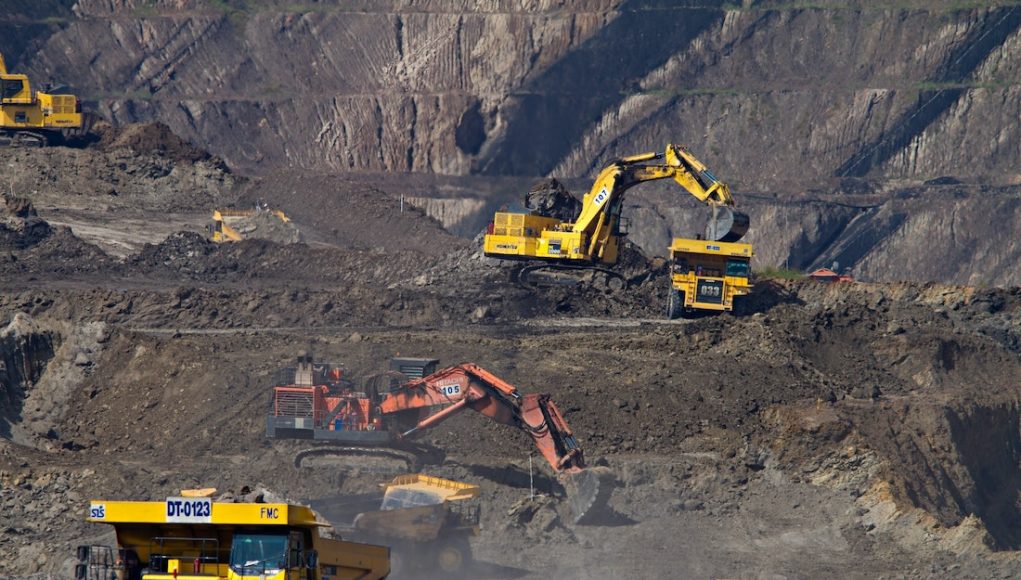 Cost disadvantage and stricter environmental regulations are pushing the coal industry to its final days.

The largest coal-producers in the U.S. have seen reductions in the use of the resource for electricity in favour of cheaper alternative energy sources, data from the Nuclear Energy Institute (NEI) revealed.

William Roper published in Statista a chart comparing the share of coal-generated electricity among the top coal states in the U.S. in 2008 and 2018. 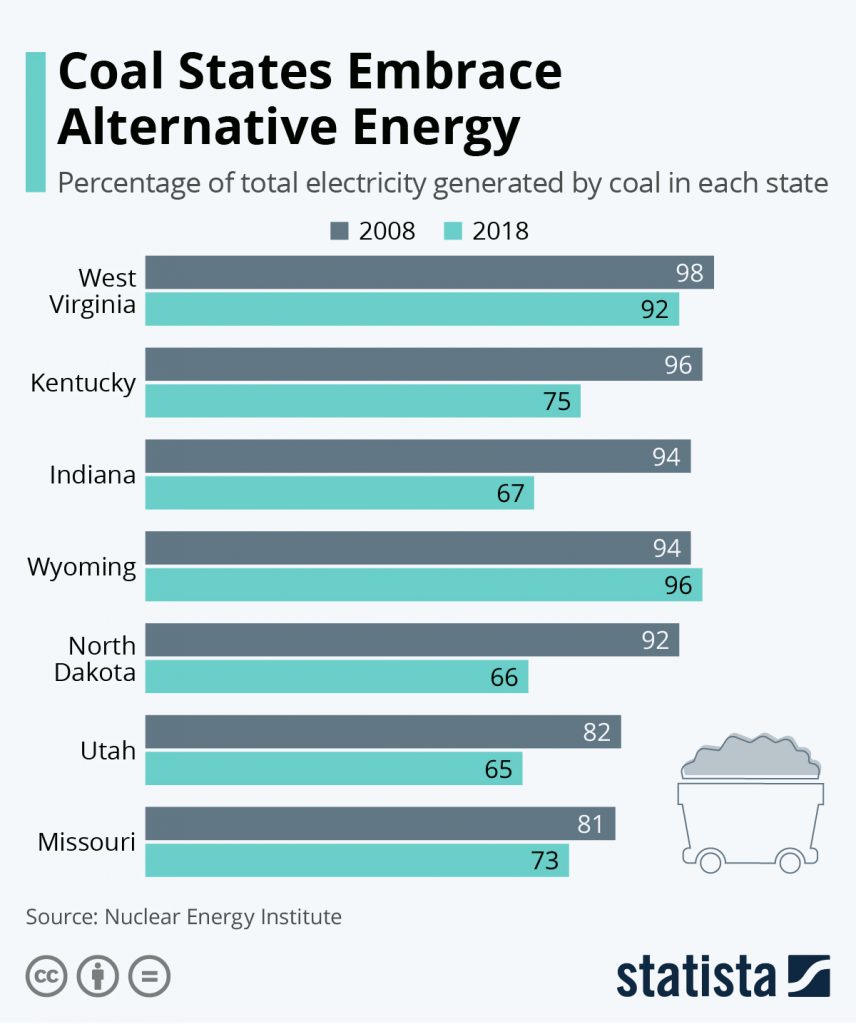 Indiana has the largest decrease in the share of coal-generated electricity, with a 27 percentage-point decrease from 2008 to 2018.

Similarly, North Dakota recorded a decline well above the 20-point mark, registering a 26 percentage-point dip over the course of the same period.

Kentucky also experienced a substantial decrease in reliance on coal for electricity. Back in 2008, 96% of the electricity generation in the state was handled by coal plants. In 2018, this diminished to 75% — a 21 percentage-point decline.

While not as drastic, Utah and Missouri also dropped the share of coal in electricity generation in their territories, recording decreases of  17 percentage points and 8 percentage points, respectively.

This cannot be said for all the top coal states of the U.S. There are some states where the dependence on coal has persisted.

West Virginia, at 98 percent, had the highest share of coal-produced electricity in 2008. Fast forward to 2018, this figure did decrease somewhat at 92 percent. While the 6 percentage-point improvement cannot be discounted, 92% is undeniably a figure that can be further lowered down.

In 2008, the share of coal in electricity production Wyoming soared at 94%. In 2018, this further increased to a staggering 96%, making it the state with the highest share of coal-produced electricity that year.  This makes it the only one among the top coal states to have seen an increase for the year 2018.

Beginning of the end

In 2019, coal remains well-represented as an electricity source. 23.5% percent — nearly a quarter — of the U.S. electricity production for that year is attributable to coal.

However, with increasing environmental regulations and the surplus of natural gas supply in recent years, more and more coal plants in the U.S. have been closing their doors.

Moreover, more sustainable methods of energy production are quickly catching up with coal thanks to the increased support they have been experiencing.

For instance, NEI reported that nuclear energy has been consistently increasing its capacity aided by improving technology and lowering costs. In 2019, 19.7% of the electricity in the U.S. was produced by nuclear plants.

On top of this, in the midst of the COVID-19 pandemic, the demand for alternative energy sources increased in demand while coal has taken a huge hit due to the large reductions on mining hours or even total mine shutdowns. This pandemic might have sparked the beginning of the end of the era of coal.