The traditional, fuel-powered vehicles continue to be the overwhelming choice of drivers to hit the roads. However, there are some countries where EVs are being adopted at a quicker pace than others.

Which countries take the lead in the transition to electric vehicles? Let’s take a look. 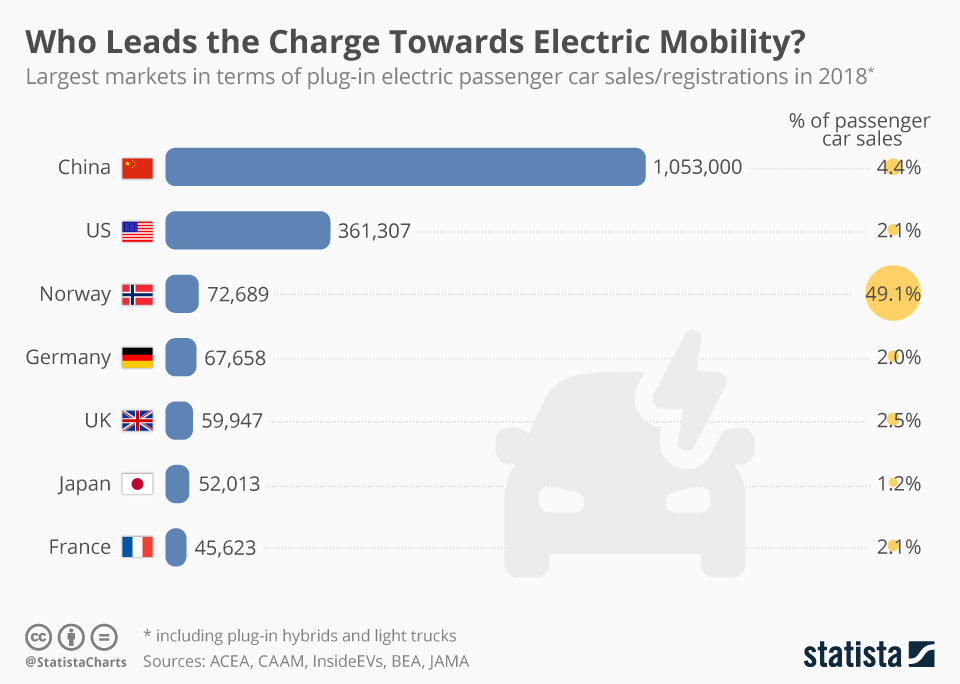 We begin by looking at the largest EV markets in terms of the number of units sold.

From this perspective, China is the largest. In 2018, the country sold about 1,053,000 plug-in electric and plug-in hybrid passenger cars.

The United States recorded the figure closest to that of China’s, having sold about 361,307 electric vehicles in the same year. It is also worthy to note that California-based Tesla is the best-selling EV manufacturer, having sold more than 300,000 units in 2019.

Only China and the United States attained EV unit sales which exceed 300,000. Meanwhile, European countries occupy the next three spots in the largest EV markets list.

The third-largest market, Norway, has sold 72,689 EV units. It is followed by Germany which sold 67,658 EVs. Registration records show that the United Kingdom, on the other hand, sold a total of 59,947 EV units.

Just looking at the number of units sold, there are definitely countries like China and the United States which stood out among the rest. However, it is also important to consider the sizes of these countries; being larger countries, they are expected to sell more EV units in general.

What about if we look at the total vehicle sales and check what percentage of those sales among these countries are EVs?

It turns out, looking at the sales in this manner will jumble the list significantly. 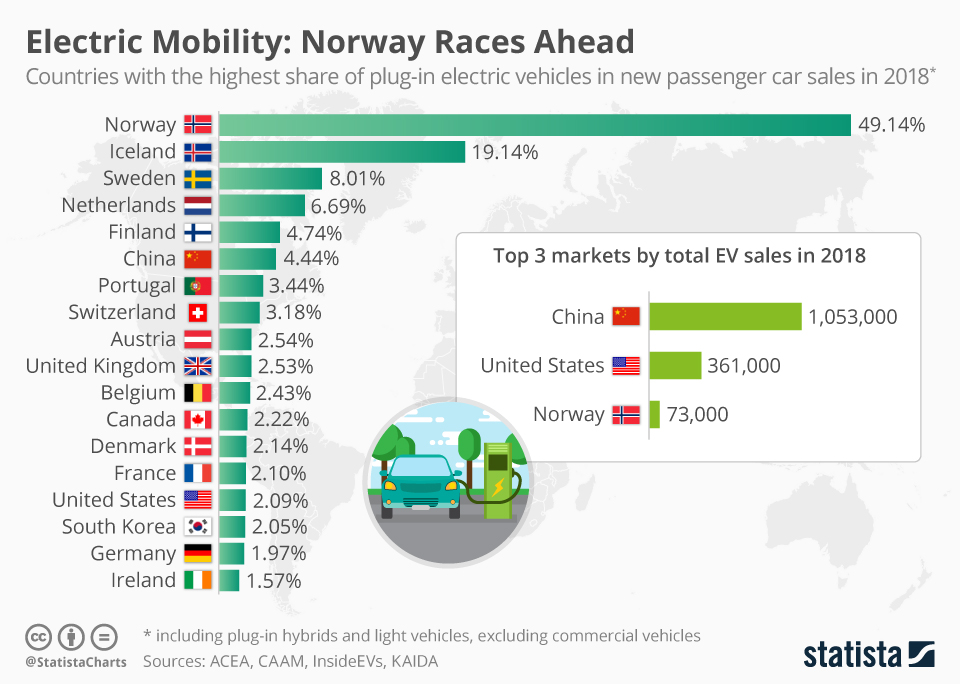 In terms of EV market shares in the total number of vehicles sold in 2018, Norway races ahead of others overwhelmingly. 49.14% of the car sales of that year in this country are EV units, making it nearly half of all the sales that year.

The largest EV market in unit sales, China, falls down to the sixth place in terms of the share of EV in the total sales at only 4.44%. Meanwhile, the second place in EV unit sales, United States, is only in fifteenth place, with a mere 2.09% of the total car sales in 2018 being EVs.

The International Energy Agency (IEA) reports that the global electric vehicle (EV) fleet is more than five million as of 2018. With countries like Norway leading this adoption, we can only expect this figure to follow an upward trajectory in the following years.