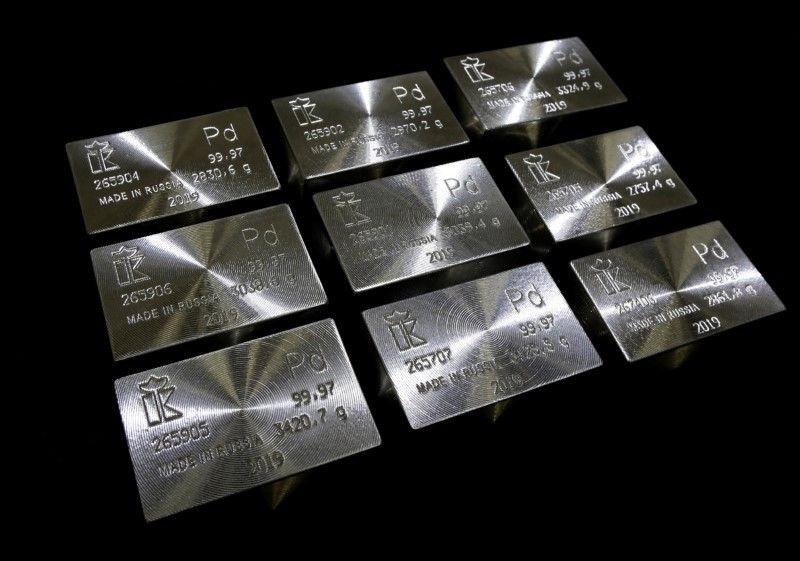 Palladium is an important component in electronics, and it is used in many new technologies, such as fuel cells. As a commodity, it has drawn the attention of investors because it is not easily substituted for other metals. For example, the element is an important component of catalytic converters. A recent report from Mining Technology said: “With growing demand thanks to its uses in cutting car emissions, palladium is enjoying a boom, with prices rising over 100% in three years. This surge in demand, however, means that there are few well-established palladium mines. With this lacking tradition of secure palladium production, questions have been raised about the future of the metal, and the mining industry’s ability to produce it.  Palladium has enjoyed a strong few years. The platinum group metal has seen increasing demand and prices due to its usage in catalytic converters in cars, which are becoming mandatory as the automotive industry looks to clean up its environmental performance. Figures support this growth: global production reached 214 tonnes in 2017, compared to annual gold production of around 175 tonnes, and the metal saw its price skyrocket from $562.98 per ounce at the end of 2015 to $1,261.78 per ounce three years later, an increase of 124%.”  Active mining stocks in the markets this week include Canadian Palladium Resources Inc. (CSE: BULL) (OTCQB: DCNNF), Tesla, Inc. (NASDAQ: TSLA), Vale S.A. (NYSE: VALE), Ivanhoe Mines Ltd. (OTCQX: IVPAF) (TSX: INV), Impala Platinum Holdings Limited (OTCQX: IMPUY).

The report continued : “This growth has also encouraged a number of new players to step onto the global palladium stage, with miners of all sizes suddenly interested in the metal. With the majority of the world’s palladium produced by a single company – Russia-based Norilsk Nickel, which was responsible for 41% of global production in 2017 – other miners are looking to develop new projects to challenge this monopoly.  However, the bubble could be set to burst, as the automotive industry, which has been singularly responsible for the growth in demand for palladium, might be cooling on the metal’s potential, as supply begins to catch up to demand. With new palladium mines already in the permitting, or even operating, stages, questions remain about the future of palladium, and for how much longer it will be a strong investment.”

The MT method is an electromagnetic geophysical method with excellent depth penetration and is capable of detecting disseminated sulphide mineralization associated with the high palladium tenor sulphides found on the Company’s East Bull Property.

Target Models – The palladium exploration targets at the East Bull Project include:

The MT method has recently been used to successfully target discrete, low resistivity Palladium rich zones at Sunday Lake, Ontario (https://impalacanada.com/investors/news/news-details/2019/North-American-Palladium-Announces-Major-Expansion-to-Sunday-Lake-PGM-Zone-and-Best-Drilling-Results-to-Date/default.aspx). Results from the current survey indicate that there is a response to known surface mineralization at East Bull and major structural features such as the Folson Deformation Zone.  This demonstrates the effectiveness of the MT method for these target models.

Survey – Data for the Spartan MT survey was completed by Quantec Geoscience in early May 2020.  The Company participated in Line 1, a 4.5 km line oriented at 060o that was part of a larger survey completed for Grid Metals Corp.  Approximately 2 km of Line 1 was on the Company’s property.

Results – Analysis and interpretation of the MT survey results was completed by Mr. Kevin Stevens of Stevens Geophysics Inc.  A section of the 3D inversion (Figure 1) of the SW part of MT Line 1 on Canadian Palladium’s East Bull Property shows the colour contoured resistivity ranging from low of <1,000 ohm-m (orange) to high of >10,000 ohm-m (blue).  The section shows the Valhalla Palladium Deposit with previous drill holes as an area of lower resistivity.  The Valhalla Deposit actually dips to the north, with the MT section showing a shallow apparent dip to the NE due to MT Line crossing the deposit at an oblique angle.  The Folson Deformation Zone (FDZ) is associated with the truncation of the resistivity low associated with the potential extension of the Valhalla Deposit.

Drill Targets – Prospective targets are defined by resistivity lows.  Targets at depths of less than 500 m are amenable to drill testing in the current program.  Target 1 on Figure 1, potentially represents a down dip extension of the Valhalla Deposit to a depth of approximately 300 m which is considerably deeper than previous drilling.  Target 2 is an area of lower resistivity located at 400 m depth and is southwest of the Valhalla Deposit.  This may be related to a conductor located south of the Valhalla Deposit that was identified in a 2007 VTEM airborne survey by previous operators.  The location of a Maxwell conductive plate model for a bore hole electromagnetic anomaly (BHEM plate) in hole ME-00-19 is also shown.  This BHEM plate also corresponds with the VTEM conductor.  Target 2 may be located near the base of the East Bull intrusion or in mafic metavolcanic host rocks.

Mr. Wayne Tisdale, CEO, commented, “Canadian Palladium is currently drilling at East Bull.  We plan to test these new, high-quality MT drill targets that have the potential to significantly expand the palladium resource on this project.  The new targets are relatively shallow with depths of less than 500 m and we will have an opportunity to test them during the current drill program.  We look forward to some exciting results from this drilling.”  Read more Canadian Palladium news at:  http://canadianpalladium.com/news-2020/

Other recent developments in the mining industry include:

Tesla, Inc. (NASDAQ: TSLA) Developments: Electrek has discovered a new Tesla secret project called “Palladium,” and it involves some important updates to the Model S and Model X. Earlier this year, Electrek exclusively revealed information about Tesla’s “Roadrunner” secret project to build its own new battery cells and its own technology to produce them.  Now sources have confirmed to Electrek that Tesla has another secret project codenamed “Palladium” that is currently being deployed in Fremont factory and Gigafactory Nevada.

Ivanhoe Mines Ltd. (OTCQX: IVPAF) (TSX: INV) Ivanhoe Mines Co-Chairs Robert Friedland and Yufeng “Miles” Sun recently announced that underground development at the Kakula Copper Mine continues to exceed expectations with more than 17 kilometres now complete, which is 5.1 kilometres ahead of schedule. In June, the mining team achieved 1,729 metres of underground development – 575 metres ahead of plan for the month.

Kakula’s 2,000-tonne-per-hour ore conveyor system began operations in June, which will further increase the mine’s pace of underground development.  The majority of the development headings at the Kakula Mine currently are traversing medium-grade sections of the orebody, with average grades ranging between 3% and 5% copper. Several development headings are continuing in high-grade zones grading more than 8% copper, and this ore is being placed on a dedicated, high-grade surface stockpile at Kakula North that now totals approximately 68,000 tonnes grading an estimated 5.90% copper. The medium-grade surface stockpiles at Kakula North, Kakula South and Kansoko together contain an additional 394,000 tonnes grading an estimated 2.71% copper.

“We are excited to announce the successful outcome of this collaboration with Sibanye- Stillwater and Impala Platinum to develop this new technology. The Tri-Metal Catalyst is intended to create greater supply certainty for our customers and potentially reduce their costs,” said Matthias Dohrn, Senior Vice President, Precious and Base Metal Services at BASF. “When there is a challenge in the marketplace, customers can count on BASF to deliver innovative solutions to meet their needs.”

Where Will The World’s Next Giant Gold Discovery Be Made