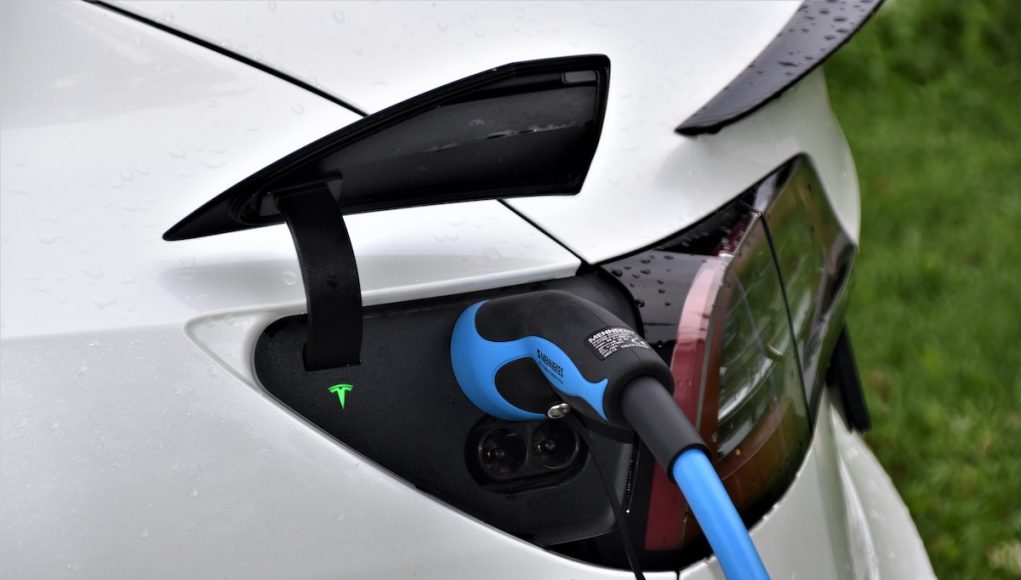 EV startup Fisker opted to go public right at this time, seeing the industry writing on the wall. Blink Charging has gained 257% since June and is still climbing.

But investors eyeing more–and less obvious ways–to profit from the EV surge is this tie-in: The company that upstaged giant Uber and Lyft on the ESG Investing scene to bring the world the first-ever ride-hailing platform with an EV angle.

The next in line that could benefit from the massive EV surge is Facedrive (FD,FDVRF), the startup leading the Canadian evolution of shared mobility–from EV and carbon-offset ride-sharing to acquisition-hungry food delivery, healthcare services, even COVID tracing tech–and much more.

There were EVs before Tesla. But no one wanted to drive them. Elon Musk changed that. In the same way, there was ride-hailing before Facedrive. But it had no “impact investing” appeal. Facedrive is changing that.

Big money is no longer willing to risk it all on high-growth prospects with no ESG angle. That’s because ESG, or environmental, social and governance investing has become synonymous with risk mitigation, whether it’s related to climate change, human rights or simply good governance. Facedrive has the new business model designed to lure in this big money.

It’s sharp, sleek, ultra-high-tech, eco-friendly and comes with a complete ESG value chain of services. It’s the first to offer riders a choice of EVs and hybrids, and to plant trees to offset its carbon footprint. It’s the first to bring cities and communities on as stakeholders, and to treat its drivers as people who deserve living wages. It’s the first to truly view ride-sharing as one part of a much bigger ESG shared mobility picture that all hinges on the most advanced technology.

Even Amazon’s Jeff Bezos is on board. In addition to his $10 billion green fund, Amazon (AMZN) is investing big on the transportation of tomorrow too – leading a $700 million investment round in EV startup Rivian before acquiring robo-taxi startup Zoox for over $1 billion. And it’s also signing on to Facedrive’s partnership program.

The news flow has been fast and furious even beyond acquisitions, with tie-ins to Amazon and Canada’s Telus telecoms giant and even government endorsement for its high-tech COVID tracing … and it’s about to start flowing even faster.

Here are 6 Reasons to keep a close eye on this space:

#1 The ESG Trend Is Exploding

Just ask BlackRock (NYSE:BLK), which has now replaced Goldman Sachs to become the King of Wall Street. Blackrock makes this trend all too clear. The world’s largest asset manager has played a key role in fueling the hype. It’s planning to more than 10x that number over time though, aiming to boost that number to over $1 trillion by 2030.

This should serve as a massive wake-up call for investors everywhere, as BlackRock – the $84 billion hedge fund – has replaced Goldman Sachs as the most important banking company in the world.

Facedrive (FD,FDVRF) is about sustainability across its entire chain of ESG-focused services and revenue streams. That’s because it saw the trend coming in advance–way back in 2016.

Its rival, Uber (UBER), still hasn’t seem to have gotten the message. Though it has been incredibly successful in disrupting the entire transportation market in just a few short years, Uber is still struggling with debt, and its public image is dwindling as it fails to meet the new standard of sustainability.

Uber’s ex- CEO Travis Kalanick once said, “A city that welcomes Uber onto its roads will be a city where people spend less time stuck in traffic or looking for a parking space,” adding, “It will be a cleaner city, where fewer cars on the road will mean less carbon pollution.”

But the reality couldn’t be further from the truth. In fact, in many studies, it has been revealed that Uber actually increases emissions in these cities. And that’s why the world so desperately needs an alternative.

That’s where Facedrive launched its ESG coup: Offering customers a choice they’ve never had in ride-hailing. Facedrive customers can choose from EVs, hybrids or conventional cars, and then rest assured that part of the CO2 footprint they might leave behind is offset by Facedrive tree-planting.

That puts Facedrive at the lucrative crossroads of two megatrends: The disruption of the global transportation service industry heading towards $7.5 trillion in 2023 and the ESG investing trend that has far more demand than supply right now.

And while green ride-sharing will be pinging the radar of ESG-hungry investors on Wall Street, Facedrive has a major lineup of other services that all tick the rider-relationship revenue box and all play into the sustainability trend …

When Facedrive officially launched its Corporate Partnership Program on June 30th, to anyone paying attention, it was a huge deal because it included giant Amazon–just for starters.

Both global e-commerce giant Amazon and Canadian Tier-1 telecoms giant Telus jumped in on Facedrive’s corporate partnership program.  And that news flew right under the radar because it wasn’t officially announced and was revealed only after Facedrive released its Q2 earnings report. That means both giants will be Corporate partners of Facedrive and that their employees will receive preferred rates on Facedrive products and services. And they won’t just be using Facedrive in Canada, they’ll be helping it expand its technology infrastructure around the world as Facedrive branches out internationally.

Facedrive (FD,FDVRF) is pursuing aggressive expansion in this space–but is not prepared to pay premium prices like Uber has been.

Facedrive’s acquisition of the Foodora Canada food delivery business gives it hundreds of thousands of user contacts and over 5,500 new restaurant partners, making the launch of Facedrive Foods a major power play in Canada.

The deal comes at a time when the food delivery segment is undergoing a global war that’s even more intense than the streaming wars. It’s also a war that is likely to result in premium-price rival takeovers.

Facedrive engineered a major coup at the height of the COVID pandemic, launching TraceSCAN, a homegrown Canadian COVID-19 tracing solution and the only well-known viable application that features Bluetooth wearable tech integration.

Facedrive has now partnered with LiUNA–one of the largest labor unions in the world–to help protect the health and safety of its 130,000 members and their families in Canada. Now, Facedrive is the definitive leader in this space in Canada.

The government isn’t just endorsing the tech, it’s supporting its deployment–far and wide. It’s the only tech that can effectively help trace coronavirus infections, and it will be crucial to contact tracing on everything from Parliament Hill’s major renovation project in Ottawa, to corporate offices, sporting events, healthcare facilities, long-term care facilities and outdoor venues.

#5 The Name of the Game Is Ultimate Impact

Initiatives that have the capacity for widespread impact are drawing investors in flocks. And with the socially conscious millennial generation launching itself into the market and 30-some-odd years from retirement, this trend is beyond ‘mega’. And Facedrive (FD,FDVRF) is adding “impact” to everything from ride-sharing and food delivery to COVID tracing and exclusive clothing for a solid line-up of ESG services in a single shared mobility company.

It’s rare to see a new company moving this fast to take advantage of multiple opportunities provided by everything from giant Uber’s missteps to a global pandemic and the march of big capital toward sustainable investing.

It’s on the right side of history: In lock-step with Tesla’s EVs and BlackRock’s “impact investing” takeover of Wall Street.

Tesla (TSLA) has been tearing it up, with its stock price skyrocketing this year. Not only is Tesla’s auto business booming, it’s even taken a dive into the solar sector, creating rooftop solar panels that are cheaper and more efficient than traditional sources.

Smashing Wall Street consensus left and right, there seems to be no stopping Tesla, and it’s taking the rest of the industry along for a ride in its wake. Tesla’s rise has even helped propel Blink Charging into the spotlight.

Blink (BLNK), an electric vehicle charging company, has risen by 319% in just three months, and it’s showing no signs of slowing. A flurry of new deals, including a collaboration with EnerSys have created some support for the relative newcomer.

Michael D. Farkas, Founder, CEO and Executive Chairman of Blink noted, “This is an exciting collaboration with EnerSys because it combines the industry-leading technologies of our two companies to provide user-friendly, high powered, next-generation charging alternatives. We are continuously innovating our product offerings to provide more efficient and convenient charging options to the growing community of EV drivers.”

The dramatic rise of all things green in the stock market has been a boon for companies like Facedrive, Tesla, and Blink Charging.