Home Environment Has Palladium Suddenly Become the Most Precious Metal 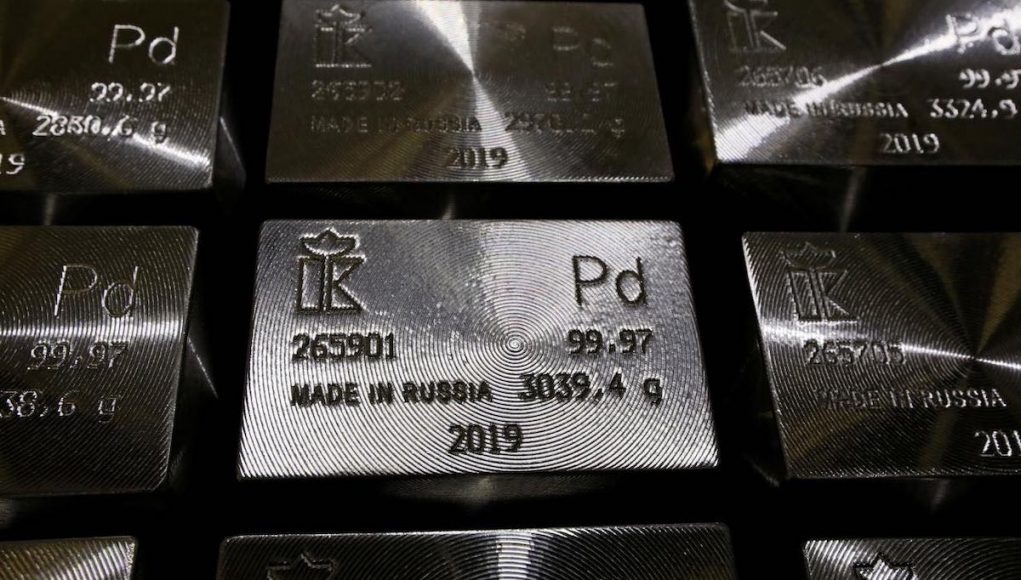 2019 was a surprising year for palladium, an important component in electronics and catalytic converters, but it appears that 2020 may be even a better year for the precious metal. Recent articles in various news outlets, are almost uniform in their projections, for example in a recent Washington Post article: “Why Palladium Is Suddenly a More Precious Metal” while Bloomberg, opined: “Why Palladium Is Suddenly the Most Precious Metal”. (emphasis added). Either way, it appears the path of palladium in 2020 should continue to lead to higher highs. Looking back at 2019, Investing News had this to say: “The precious metals sector has had a positive year, with most price growth occurring in the last six months of 2019. However, one metal in particular has fared far better than the rest…. Palladium has climbed almost 54 percent during the 12 month period, driven by strong demand in the automotive sector as manufacturers increase use of the metal in emissions-reducing catalytic converters… The gray metal took the precious metals lead early on, and its gains have allowed it to trend above its cohort metals for the year. Even gold was left in its wake as palladium surpassed the yellow metal a year ago for the first time in 16 years and never looked back. The palladium price hit a record high near the US$2,000 per ounce mark at the end of December (2019).” Active mining stocks in the markets this week include Canadian Palladium Resources Inc. (CSE: BULL) (OTCQB: DCNNF), Tesla, Inc. (NASDAQ: TSLA), Vale S.A. (NYSE: VALE), Ivanhoe Mines (TSX: IVN) (OTCQX: IVPAF), Lithium Americas Corp. (TSX: LAC) (NYSE: LAC).

The Washington Post and Bloomberg reports added: “Palladium is the most valuable of the four major precious metals, with an acute shortage driving prices to fresh records. A key component in pollution-control devices for cars and trucks, the metal’s price has trebled in three years, bringing it at first level with the price of gold, then lifting it way beyond.”  They continued explaining why it’s getting more expensive: “Supply has lagged demand for almost a decade. Usage is increasing as governments, especially China’s, tighten regulations to crack down on pollution from vehicles, forcing automakers to increase the amount of precious metal they use. In Europe, consumers bought fewer diesel cars, which mostly use platinum, and instead chose gasoline-powered vehicles, which use palladium, following revelations that makers of diesel cars cheated on emissions tests and as concerns about diesel pollution intensified… ”

Garry Clark P.Geo, Director commented, “Canadian Palladium is pleased with the results from the initial holes in this program.  These intersections report complete assay results that include palladium, platinum, rhodium, gold, copper, nickel and cobalt. High-grade palladium intersections are rare and these results have exceeded our grade expectations based on Canadian Palladium’s 2019 Inferred Mineral Resource Estimate of 523,000 oz Pd-Eq at a grade of 1.46 g/t Pd-Eq for East Bull.  We look forward to releasing additional results on this exciting Project.”

Additionally, there is discovery potential for structurally controlled “conduit-type” targets that may vertically extensive.

Drill Results – The reported intersections are located on the eastern portion of the Property.  The results are part of a 10,000 m drill program with a primary objective of expanding the current Inferred Resource.  High-grade intervals occur in the upper part of the “Valhalla Zone” and extend for over 150 m strike length from EB20-03 to EB20-07.    Read this full release for the Canadian Palladium news at:  https://www.financialnewsmedia.com/news-bull/

Other recent developments in the mining industry include:

Tesla, Inc. (NASDAQ: TSLA) News:  A new patent application from Tesla Inc describes the company’s currently available smart summon ability, which lets owners call their car to pick them up from almost anywhere in a parking lot.  How It Works: The feature was released last year and is one of the first examples of actual self-driving available to consumers, as the ability can be used with no human in the car.

The patent describes finding a geographical location targeted by a user that is not inside of the vehicle. Machine learning is then used to analyze the environment and move the car to the target location. The vehicle uses equipped sensors to gather data and find a safe path to the given destination.

Ivanhoe Mines (TSX: IVN) (OTCQX: IVPAF) recently announced its financial results for the six months ended June 30, 2020. Ivanhoe Mines is a Canadian mining company advancing its three mining projects in Southern Africa: the Kamoa-Kakula copper discovery in the Democratic Republic of Congo (DRC); the Platreef palladium-platinum-nickel-copper-gold-rhodium discovery in South Africa; and the extensive upgrading of the historic Kipushi zinc-copper-silver-lead-germanium mine, also in the DRC.  Highlights include:

Development of the flagship Kakula Copper Mine continues to exceed expectations; with initial production well on track for third quarter of 2021 – Definitive Feasibility Study for the Kakula Mine, and an updated Integrated Development Plan for multiple expansions of the entire Kamoa-Kakula mining licence, nearing completion – Mine development work at the Platreef PGMs-gold-nickel-copper mine now focused on preparing Shaft 1 for initial production; updated Definitive Feasibility Study and phased-development plan to be issued in September.

Lithium Americas Corp. (TSX: LAC) (NYSE: LAC) has recently reported financial and operating results for the second quarter ended June 30, 2020.  This news release should be read in conjunction with Lithium Americas’ unaudited condensed consolidated interim financial statements and management’s discussion and analysis (“MD&A”) for the six months ended June 30, 2020, which are available on the Company’s website and SEDAR.  All amounts are in U.S. dollars unless otherwise indicated.

“We remain focused on protecting our workers and communities, while coordinating closely with the Province of Jujuy to ensure we operate responsibly and safely as we begin to restart construction activities over the next few weeks,” said Jon Evans, President and CEO of Lithium Americas. “I would like to personally thank all of our workers in Argentina for their commitment and recognize the significant contribution they continue to make to the success of the project for the benefit of all stakeholders.”

“With respect to the Thacker Pass lithium project in Nevada, we continue to make significant progress with the recent release of the draft Environmental Impact Statement by the Bureau of Land Management.”

Vale S.A. (NYSE: VALE) News:  With iron ore markets tight and margins at astronomical levels, Vale SA (VALE) has announced that its board of directors have approved the implementation of the Serra Sul 120 Project, in Canaã dos Carajás, Brazil.

The Serra Sul 120 Project consists of increasing the S11D mine-plant capacity by 20 Mtpy, which will total 120 Mtpy at site, and has total multiyear investments of $1.5 billion. Its start-up is expected in the first half of 2024.