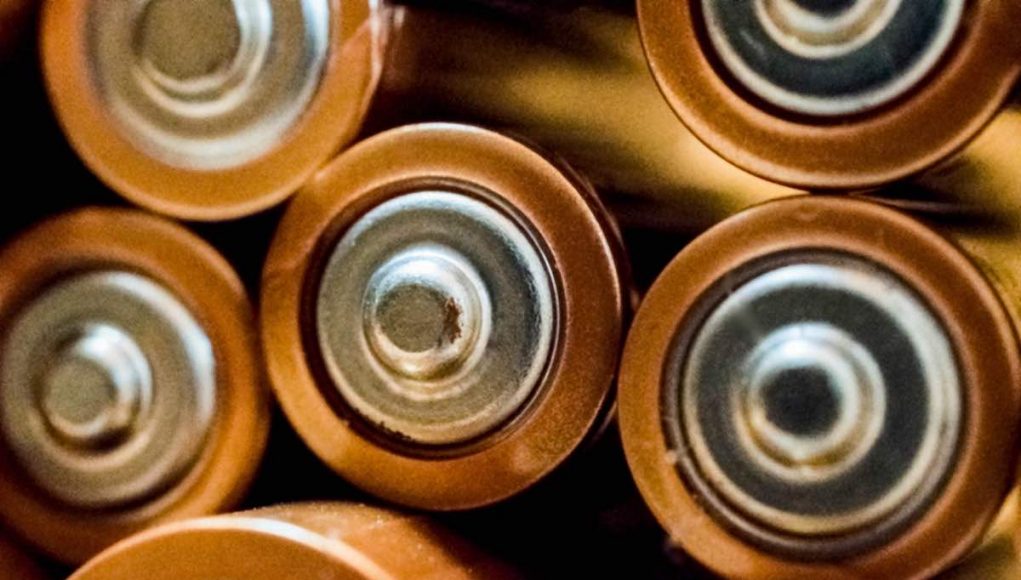 The team demonstrated their concept using orange peel, which recovered precious metals from battery waste efficiently. They then made functional batteries from these recovered metals, creating minimal waste in the process.

The scientists say that their waste-to-resource approach tackles both food waste and electronics waste,  supporting the development of a circular economy with zero waste, in which resources are kept in use for as long as possible. An estimated 1.3 billion tonnes of food waste and 50 million tonnes of e-waste are generated globally each year.

Spent batteries are conventionally treated with extreme heat (over 500°C) to smelt valuable metals, which emits hazardous toxic gases. Alternative approaches that use strong acid solutions or weaker acid solutions with hydrogen peroxide to extract the metals are being explored, but they still produce secondary pollutants that pose health and safety risks, or rely on hydrogen peroxide which is hazardous and unstable.

Professor Madhavi Srinivasan, co-director of the NTU Singapore-CEA Alliance for Research in Circular Economy (NTU SCARCE) lab, said: “Current industrial recycling processes of e-waste are energy-intensive and emit harmful pollutants and liquid waste, pointing to an urgent need for eco-friendly methods as the amount of e-waste grows. Our team has demonstrated that it is possible to do so with biodegradable substances.

“These findings build on our existing body of work at SCARCE under NTU’s Energy Research Institute ([email protected]). The SCARCE lab was set up to develop greener ways of recycling e-waste. It is also part of the NTU Smart Campus initiative, which aims to develop technologically advanced solutions for a sustainable future.”

Assistant Professor Dalton Tay of the NTU School of Materials Science and Engineering and School of Biological Sciences said: “In Singapore, a resource-scarce country, this process of urban mining to extract valuable metals from all kinds of discarded electronics becomes very important. With this method, we not only tackle the problem of resource depletion by keeping these precious metals in use as much as possible, but also the problem of e-waste and food waste accumulation – both a growing global crisis.”

The findings were published in the scientific journal Environmental Science & Technology in July.

With industrial approaches to recycling battery waste generating harmful pollutants, hydrometallurgy – using water as a solvent for extraction – is increasingly being explored as a possible alternative. This process involves first shredding and crushing used batteries to form a crushed material called black mass. Researchers then extract valuable metals from black mass by dissolving it in a mix of strong acids or weak acids plus other chemicals like hydrogen peroxide under heat, before letting the metals precipitate.

While relatively more eco-friendly than conventional methods, the use of such strong chemicals on an industrial scale could generate a substantial amount of secondary pollutants, posing significant safety and health risks, said Asst Prof Tay.

The NTU team found that the combination of orange peel that has been oven-dried and ground into powder, and citric acid, a weak organic acid found in citrus fruits, can achieve the same goal.

In lab experiments, the team found that their approach successfully extracted around 90 per cent of cobalt, lithium, nickel, and manganese from spent lithium-ion batteries – a comparable efficacy to the approach using hydrogen peroxide.

Asst Prof Tay explained: “The key lies in the cellulose found in orange peel, which is converted into sugars under heat during the extraction process. These sugars enhance the recovery of metals from battery waste. Naturally-occurring antioxidants found in orange peel, such as flavonoids and phenolic acids, could have contributed to this enhancement as well.”

Importantly, solid residues generated from this process were found to be non-toxic, suggesting that this method is environmentally sound, he added.

From the recovered materials, they then assembled new lithium-ion batteries, which showed a similar charge capacity to commercial ones. Further research is underway to optimise the charge-discharge cycling performance of these new batteries made from recovered materials.

This suggests that this new technology is “practically feasible for recycling spent lithium-ion batteries in the industrial sense”, said the researchers.

The team is now looking to further improve the performance of their batteries generated from treated battery waste. They are also optimising the conditions to scale up production and exploring the possibility of removing the use of acids in the process.

Prof Madhavi, who is also from NTU’s School of Materials Science and Engineering and [email protected], said: “This waste-to-resource approach could also potentially be extended to other types of cellulose-rich fruit and vegetable waste, as well as lithium-ion battery types such as lithium iron phosphate and lithium nickel manganese cobalt oxide. This would help to make great strides towards the new circular economy of e-waste, and power our lives in a greener and more sustainable manner.”

The research, which comes under NTU SCARCE, is supported by the National Research Foundation, the Ministry of National Development, and the National Environment Agency under the Closing the Waste Loop R&D Initiative as part of the Urban Solutions & Sustainability−Integration Fund.

Ranked amongst the world’s top universities by QS, NTU has also been named the world’s top young university for the past seven years. The University’s main campus is frequently listed among the Top 15 most beautiful university campuses in the world and it has 57 Green Mark-certified (equivalent to LEED-certified) building projects, of which 95% are certified Green Mark Platinum. Apart from its main campus, NTU also has a campus in Singapore’s healthcare district.